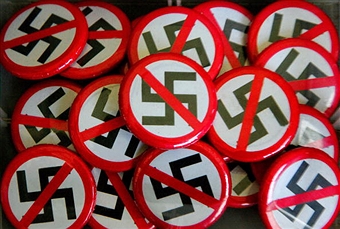 In the wake of the Charlottesville horror, I’m compelled to respond. Pastors must speak up and out, so here it goes.

First, let me go ahead and call a spade a spade: racism is a sin.

No, it’s not just some social scourge that liberals can’t stop talking about. Let’s take racism out of that class of social problems and put it where it belongs: in the biblical category of sin. Plain and simple. Right up there with murderers, adulterers, thieves, and liars, belongs racists.

1. Racism denies our ancestral unity. Acts 17:26 says, “[God] made from one man every nation of mankind to live on all the face of the earth.” From one ancestor (Adam), God created all the ethnic groups—from the European and African to the Chinese and Japanese. All people from one parent. Many shoots but one root. Talk about the difference in blood “types” if you like—A, B, AB, O, and so forth—but at the end of the day, it’s all still red. This can only mean, as the Declaration has it, “that all men are created equal,” and share a common heritage. So, contrary to the nefarious doctrine of Aryanism, no single race is more superior or inferior to the other, since we all trace our lineage to the same ancestor.

But racism denies this very unity. The ADL’s definition of racism is both concise and helpful: “Racism is the belief that a particular race is superior or inferior to another, that a person’s social and moral traits are predetermined by his or her inborn biological characteristics.” Racists argue that ethnic groups are inherently different, and that there’s no true solidarity or harmony among the races. But such a view is in violation of the clear teaching of Scripture (cf. Rom. 10:12; Gal. 3:28). So, what can racism be other than sin?

2. Racism denies the image of God in all people. The Bible clearly affirms that all people were created in God’s image and so share in His likeness. In Genesis 1:26, God says, “Let us make man in our image, after our likeness.” The term “man” in that passage is the Hebrew term ‘adam which, in that context, generically denotes both male and female. The point is that all people—whether white or black or brown—share the marks of God’s nature. For example, we all share the same ability to reason, to exercise an intellect, to make moral choices, to speak in a language, and so on. But racists will deny this. They routinely treat those of “inferior” races as nonpersons. This is how 3,446 black people could be lynched between 1882-1968. This is how up to 6 million Jews could be exterminated during the Holocaust. Deny someone’s humanity and you can pretty much justify treating them however you wish. And how can this denial of God’s image in all people be anything other than sin?

3. Racism is a form of partiality. The Bible has much to say about the sin of favoritism. James 2:1 says, “My brothers, show no partiality as you hold the faith in our Lord Jesus Christ.” And why shouldn’t we do this? If only because there is no partiality with God (Rom. 2:11). Going back to the James passage, in v. 9 of the same chapter, James pulls no punches. He makes sure to call things by their proper names. Just in case there was any confusion, he puts it as categorically as he can: “But if you show partiality, you are committing sin.” It doesn’t get any clearer than that. But what about when one race is preferred over another? What about when jobs are offered to some people but not all? What about when African American men are sentenced more harshly and with less leniency by the criminal justice system? Isn’t that the kind of partiality and favoritism James is talking about? Of course it is. And it’s sin.

4. Racism violates the royal law of love. A lawyer came to Jesus asking which is the greatest commandment in the law. Jesus responded, “You shall love the Lord your God with all your heart and with all your soul and with all your mind.” Then he added the necessary corollary, “You shall love your neighbor as yourself.” Yet racism does just the opposite—it exchanges love for hate. When you treat people scornfully and call them disparaging names and wish they never move into your neighborhood or enroll in your school or get hired at your job—you’ve violated the law of love. There’s no love in mowing down counterprotesters with your car. And neither is there love in teaching your children to despise someone of a different color than they are. Such antagonism and animosity and cruelty is tantamount to sin. And as it’s true with all sin, the sin of racism needs to be acknowledged, confessed, repented of, and forsaken. But if not, Jesus stands poised to judge. “Remember therefore from where you have fallen; repent and do the works you did at first,” says Jesus in Revelation 2:5, “If not, I will come to you and remove your lampstand from its place, unless you repent.”

So, what will you do America?  Will you finally repent of your sin?

Your very soul is at stake.

Great article! Praying that there will be repentance and healing.